Tracking moose and salmon with GPS

This giant leap in monito 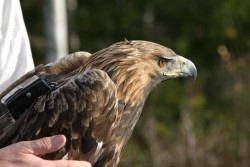 ring technology has opened up exiting possibilities for researchers. But it also produces torrents of data, opening up a gap between the volume of data available and the tools for handling it.

The people from WRAM, the Umeå Center for Wireless Remote Animal Monitoring, are closing this gap, not only for their own benefit but hopefully for the benefit of the global wildlife research community.

Based out of the Swedish University of Agricultural Sciences in Umeå they have created the WRAM data management system and e-infrastructure for automatic reception, long-time storage, sharing and analyzing of biotelemetry sensor data from animals.

One of the key features of the system is a true data federation layer, enabling researchers around the world to easily cooperate and share data with each other, through high capacity research and education networks.

“Now, the researchers can amass more sensor readings in a fortnight than VHF allowed in five years.” 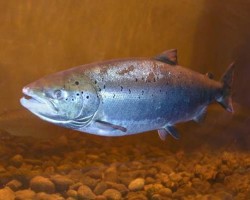 “In 2003, the first animal collars with a GPS sensor and integrated data transfer, using mobile phone networks, hit the market. Since then, techniques have matured.

“The cost of tags, sensors and transmission methods has been reduced, and many new biosensors have been developed. This gives today’s ecologists a huge opportunity to research an individual animal’s behavior and physiology in the wild, which was not possible before.”

But, according to Holger Dettki, due to the huge amount of data available, single research groups are often unable to analyze their data in a timely fashion.

Also, they want to share their data with similar research projects to obtain synergy effects. WRAM makes this possible, enabling fish and wildlife researchers and managers to access and analyze similar animal sensor data from different database systems throughout the world in a unified and efficient way using a single web portal.

I foresee WRAM becoming one of the most important scientific infrastructures for receiving, storing and sharing of biotelemetry sensor data. Big Data is a huge challenge for ecologists, as it will be for many other research areas in the future.

WRAM is a respon 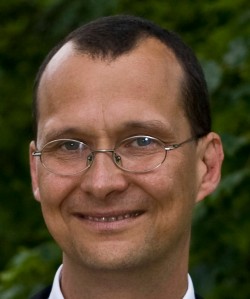 se that challenge. You can no longer rely on spreadsheets or simple text files, if you are an ecologist with an ambition to do high end research.

Regrettably, some funding agencies and some members of the research community still believe that. But with the staggering amount of biotelemetry data coming in, we need tools, that are much more powerful.

Currently, the WRAM e-infrastructure is spreading around the globe, serving users and projects in all Nordic countries, Europe and Africa.

As this is happening, even more possibilities of synergy between different systems are opening up. As an example, WRAM plans to enable researchers to interface with the new Environmental-Data Automated Track Annotation system, developed by WRAMs collaboration partner MoveBank in cooperation with NASA.

This means, that you can synchronize your position data with up to 19 global environment variables found through satellite photo analysis, making it much easier than before to understand, how animal behavior is affected by environmental conditions.