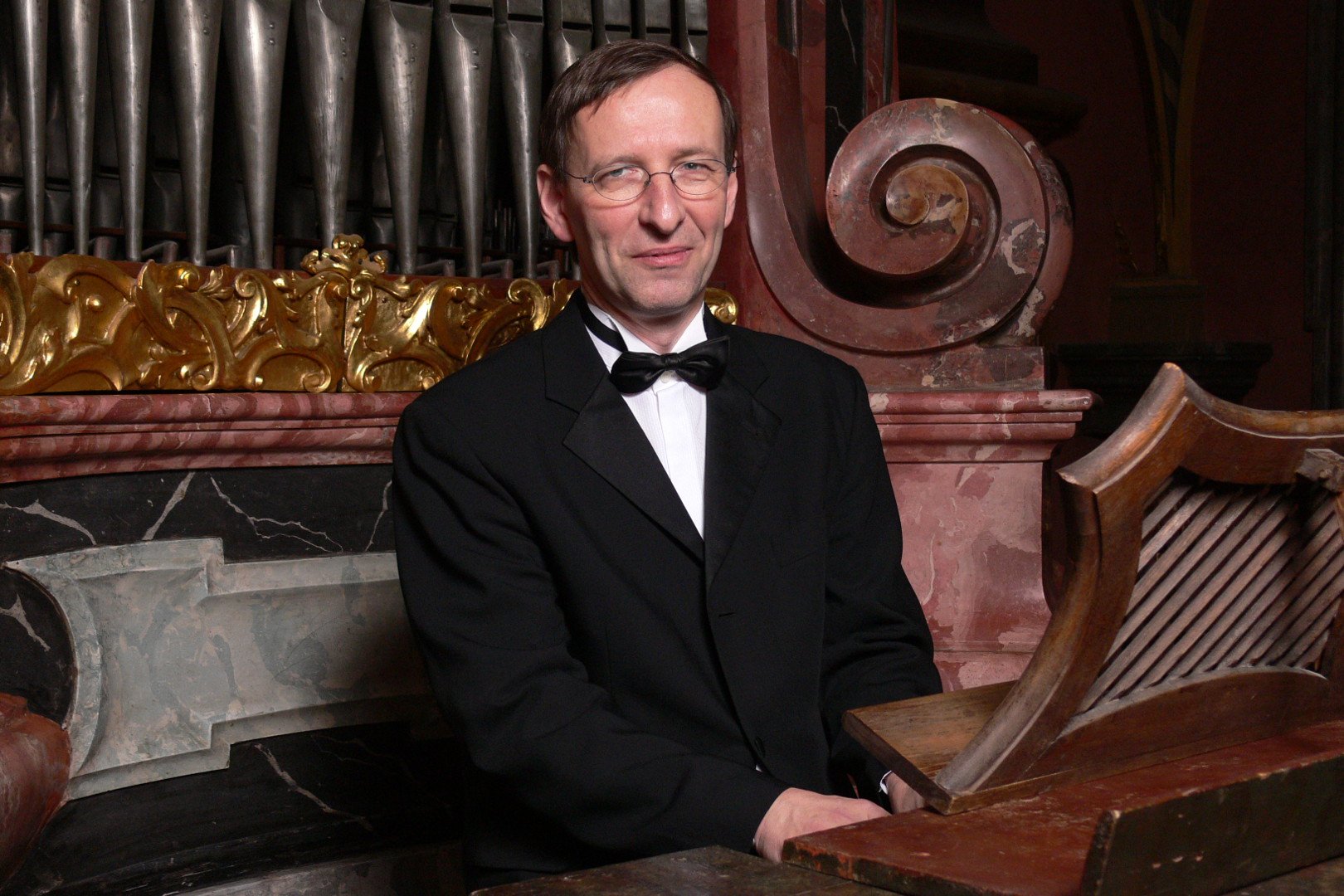 Because of its sheer size, a pipe organ is bound to the location where it’s situated. That is why it is very rare for organists to be able to play together. Until now, that is.

The Czech research and education network CESNET made this spectacular event possible by establishing a high speed connection between organist Jon M. Skogstad in the Organ Hall of the Department of Music at the Norwegian University of Science and Technology in Trondheim, and Jaroslav Tuma (above), playing the organ at the Church of the Assumption of Virgin Mary in Brno, southwest of Prague.

In the Field interviewed Sven Ubik from CESNET, a pioneer in the field of remote concerts performed over high-speed networks. Apart from this two-organ concert, he has designed various other long-distance experimental concerts, performed on other instruments.

Why did you choose two organs for this project?

“An organ is an instrument bound to its environment, both physically and acoustically. Therefore we found it particularly interesting to connect two organists. We have already connected an organ in Brno with a trumpet in Miami, about 10.000 km away, but this will be the first time with two organs.”

Are there specific challenges working with two organs, compared to other instruments?

“Yes, the sound of an organ cannot be separated from its environment using instrument microphones or directional microphones. Therefore, the sound of the remote organ must be presented for the organist to headphones, rather than to loudspeakers. Otherwise a loopback will cause an echo for each organist.”

“On the other hand, organists are accustomed to slight delay in their instrument, which helps to overcome the network delay, which is more serious problem for other instruments.”

According to Sven Ubik, high-speed transfers of audio and video in top quality with minimal latency is one of the areas that CESNET has been engaged in over the long term. Typical examples are live broadcasts of medical procedures directly from operating theatres as part of the education of medicine students and doctors.

Regarding music, among other things CESNET has participated in the eMusic collaboration, uniting several European countries experimenting with low latency connections between musicians. And, CESNET celebrated its 20-year anniversary in March 2016 with another ”remote concert”, this time between a string quartet in the Wallenstein Palace in Prague and a pianist in the Royal Danish Academy of Music, Copenhagen.

Let’s talk a bit about technology. How is the technology you’re using in the two-organ concert related to the eMusic project?

“It is very close. In eMusic, we used two types of transmission technology: LoLa software and MVTP hardware. LoLa has been designed by the Italian academic network GARR, specifically for low latency sound transmissions for remote playing together.

“In the planned concert we used  MVTP, because it provides higher video resolution, which is important in this case, because it is an event for audience. MVTP can transmit up to 4K video but we will use HD (1920×1080) video in this event.

“The audio and video signal from the two-organ concert will travel from Trondheim through Oslo, London, Amsterdam, Frankfurt and Prague to Brno, with a network delay of 27 ms and a total audio delay of 40 ms.”