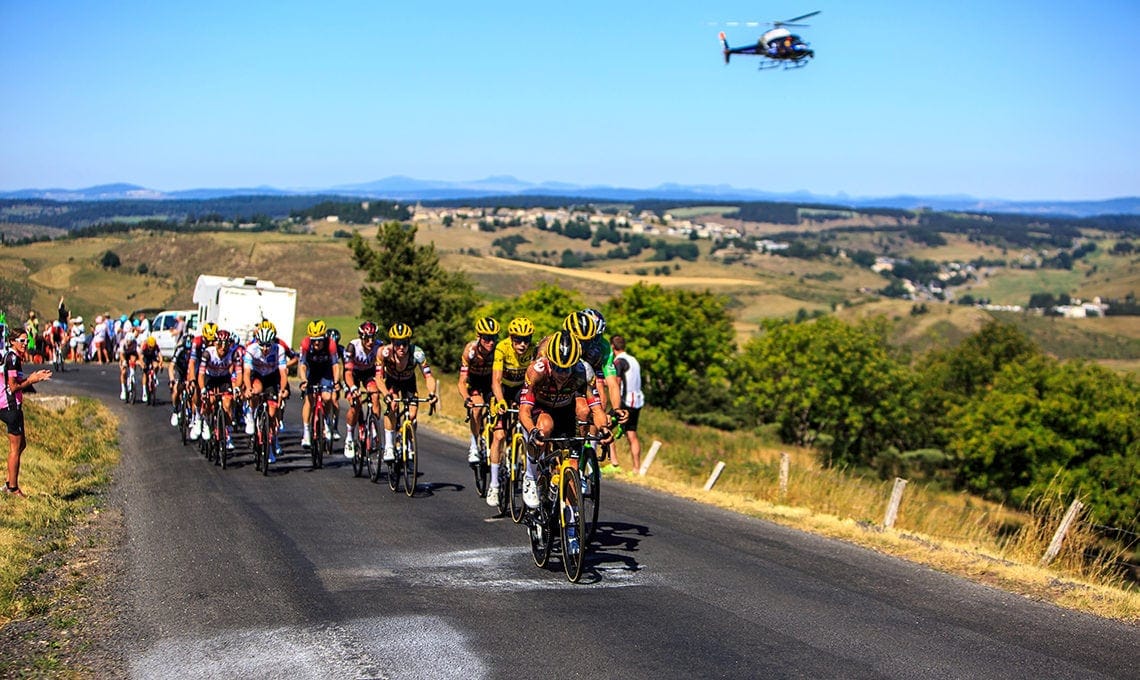 The science behind a cycling victory

When Danish cyclist Jonas Vingegaard triumphed in the 2022 edition of the world’s largest cycling event, the Tour de France, supercomputing played a part. Representing the Dutch team Jumbo Visma, Vingegaard and several of his teammates were assisted in their training by Belgian civil engineer Bert Blocken.

Bert Blocken is a Professor at the Department of the Built Environment at Eindhoven University of Technology (TU/e) in the Netherlands and at the Department of Civil Engineering at KU Leuven in Belgium. In wind tunnel trials he would help the riders find the optimally aerodynamic positions.

“A building and the body of an athlete are both non-aerodynamic objects, and from a scientific point of view the associated problems are similar in many ways,” says Bert Blocken.

“For a building you will roughly know in advance how the aerodynamics will work, but athletes’ torsos are different, and you must study them individually to find the optimal positions for each one. Also, factors like the roughness of the clothing, the shape of the wheel, the shape of helmets, etc. are important.”

Some people might consider science behind cycling performances to be less serious in comparison to, say, calculating the wind tear at the surface of a building. This is not the case, Bert Blocken explains:

“The requirements are significantly stricter when we do sports projects. For a building, you will normally consider an accuracy of 10 % to be adequate. In professional cycling, this would deem your results worthless. You need 1 % accuracy – at least! In this way, the sports projects push us to the limit as modelers. And the insights which we acquire in the sports projects is something we can bring back to inspire our research in buildings, climate etc.”

Also pushed to the limit is the demand for computing power

“For a cyclist, a lot of the physics happen in a very thin layer of air close to the body surface. We are talking about a layer just a few 10s of microns thick. To model the aerodynamics properly, you will need some 10-100 million data points. This is much more than we need when looking at buildings. When we model the aerodynamics of a building or even a small part of an urban environment, we can usually make do with time at a small local cluster. But when we do sports aerodynamics, we need High-Performance Computing.”

If only I had known then, what I know today

Not surprisingly, Bert Blocken is a keen cyclist himself.

With the knowledge he has today, what would he had done differently back in the day?

“Many things. I often think that if only I had known, what I know today. Just to take an example: after a training session, we would usually ride home side-by-side. That is the worst you can do. When two cyclists ride next to each other, they both must put in 8 % extra power to overcome the increased air resistance. That is quite a lot when you are already exhausted from your hard training.”

The first scientific interest in cycling aerodynamics came in 2005, when Bert Blocken was approached by physiology professor Peter Hespel, who advises the QuickStep team. Even though Bert Blocken was both highly qualified professionally and had a keen private interest in sports aerodynamics, he still had to overcome resistance as he entered the field.

“In the beginning, some of my colleagues were skeptical.”

This all changed in 2012. First, a national TV station did a program based on his research on cycling aerodynamics. And soon after, Bert Blocken developed Eindhoven University’s first Massive Open Online Course (MOOC) on the Coursera platform.

Entitled “Sports & Building Aerodynamics” the first edition of the course attracted more than 20,000 students from many countries. The success of the course – which remains highly popular – put an end to any suggestions that sports aerodynamics would not be serious science.

The text is inspired by the article “The science of riding a bike” at the homepage of the regional research and education network of the European Nordics, NORDUnet. Professor Bert Blocken is to deliver the opening keynote presentation at the annual NORDUnet conference, NDN2022, to be held 13-15 September 2022.