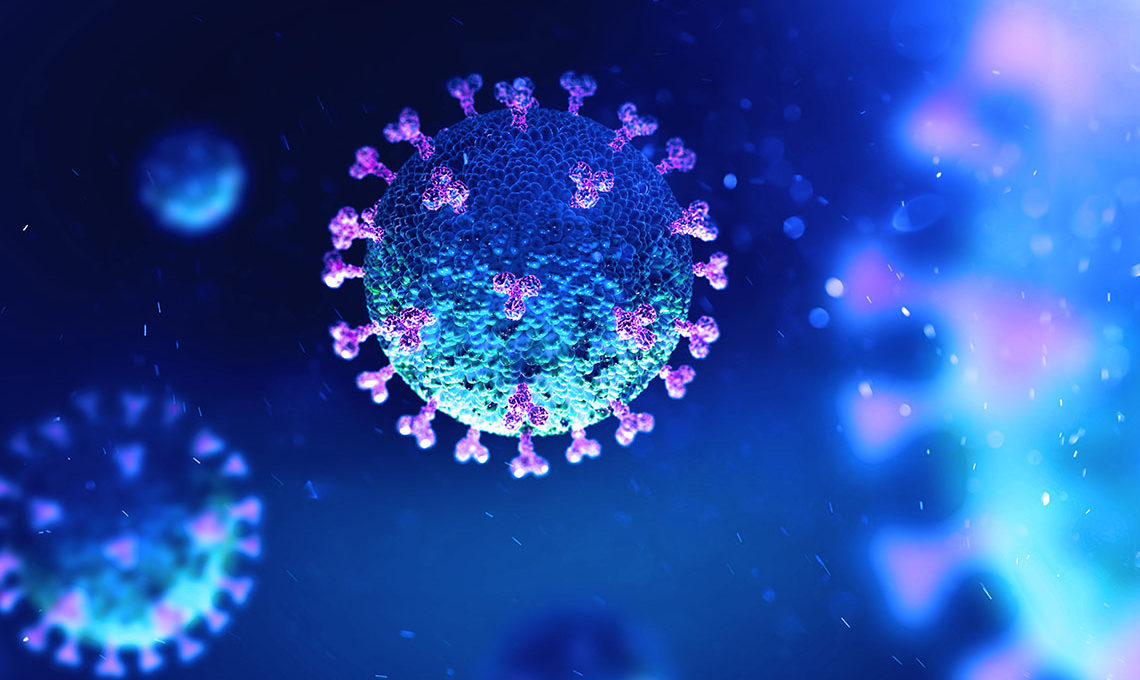 The digital search for a COVID-19 cure

While several vaccines against COVID-19 already are or soon will be approved, the world still lacks a treatment for those who catch the disease. Numerous drug candidates are suggested, but it will take extensive investigations to establish whether they are effective and if they are safe to introduce into the human body. To assist with these efforts, Finnish national research and education network CSC has opened prioritized access to the supercomputer Puhti for COVID-19 researchers .

One of the groups granted this fast-track access to high-performance computing is led by academy research fellow Ville Paavilainen at the University of Helsinki.

In collaboration with biotech company Kezar Life Sciences, California, USA, Paavilainen’s group investigates how small molecules which are known to inhibit certain forms of cancer, might be able to block the further spread of COVID-19 in the body.

From fungi found in plant roots

Once the COVID-19 virus has entered the body, it will invade individual cells and turn each cell into a virus factory. The small molecules of interest to Ville Paavilainen and Kezar appear to be able to inhibit this process, and thus prevent the patient becoming increasingly ill.

The molecules in question belong to the cotransins molecular family. They were originally identified in nature, being produced by endo-symbiotic fungi that associate with plant roots. However, it is not possible to use the exact same forms of the molecules in medicine. Modifications are necessary, and here so-called structure-based drug design has become the dominant technique.

Structure-based drug design refers to characterization that provides an atomic level view of how therapeutic leads interact with their target proteins. Visualization of these interactions then allow medicinal chemists to design new variants, which often lead to large improvements in efficacy and other key properties.

For the necessary characterization, several methods exist. A method used in the group at Helsinki University is cryo-electron microscopy (cryo-EM).

“Cryo-EM has revolutionized structural biology in recent years. However, its use in structure-based pharmaceutical development is still new. A large number of particle projection images, often several million, collected in multiuser cryo-EM facilities either locally or abroad, are used to determine the structure of the macromolecule in question. The data processing requires massive data storage and high-performance computing,” explains Juha Huiskonen, Associate Professor at the University of Helsinki, who collaborates with Paavilainen.

“The first models we have calculated on Puhti are accurate enough to see small molecules and even water molecules interacting with the protein of interest. Mahti supercomputer (recently inaugurated, ed.) is expected to allow even larger computations, which will be required to follow how the protein is moving in solution,” he concludes.