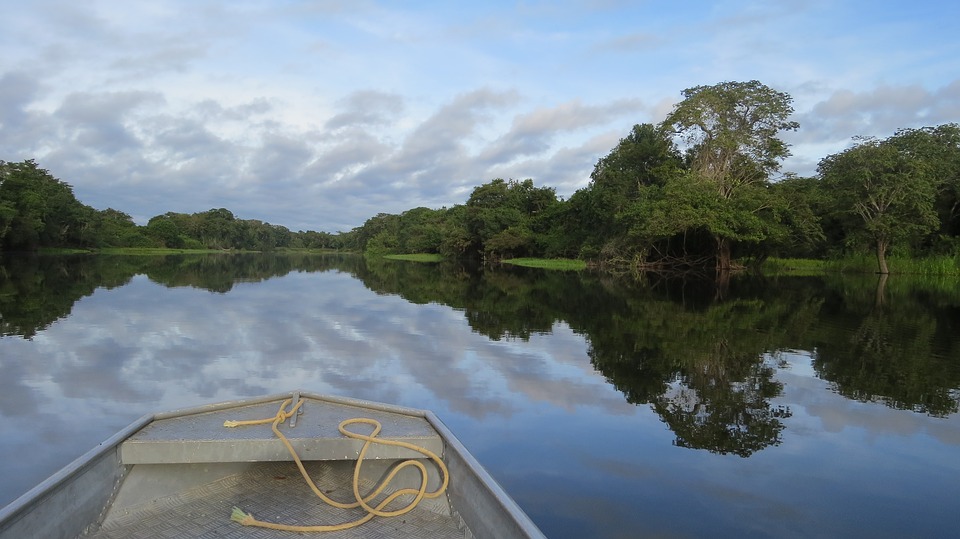 The Amazon region is one of the ecosystems on the planet most affected by global climate change. The reason is variations in the Ecuador line cause events like floods, droughts and storms that directly affect the environment and the local population.

In seasonal periods of low rainfall and high air temperatures, river water levels in the Amazon basin get too low for navigation, leaving communities isolated. The droughts also cause fires that alter the ecological balance in the Amazon Forest, which holds 12% of the world’s biodiversity. Deforestation by human action aggravates this scenario even more.

Given the effects of these climate phenomena, a monitoring system was launched in Brazil, integrating hydro-meteorological data from the Amazon, such as rainfall and river conditions. The system, called SIPAMHidro, generates information to be used by the scientific community, public agencies, and by the general population. SIPAMHidro is operated by the Operational and Management Centre of the Amazon Protection System (Censipam), linked to the Ministry of Defence.

One of SIPAMHidros tasks is the monitoring of atmospheric electrical discharges in the Amazon measured by radio frequency receiving antennas, which can locate lightning up to 7,000 km away. The data is sent from the city of Belém, in the North region, to the Institute of Astronomy, Geophysics and Atmospheric Sciences of the University of São Paulo (IAG/USP). This academic unit coordinates an international cooperation network, STARNET, for detection of atmospheric discharges.

Monitoring can be followed on the Raios Online portal, which shows the geo-referenced information of two sensors in the Amazon region, in Belém and Manaus, and ten other sensors – nine in Latin America and one in Cape Verde, Africa. Sensor data are collected and processed in  São Paulo and made accessible to researchers in the country and abroad.

Due to connectivity difficulties in the Amazon, the responsible agency uses the Brazilian National Research and Educational Network RNPs e-Science service, Cipó, which creates end-to-end circuits to use a direct data communications channel with the University of São Paulo. The service facilitates the daily work of researchers who require guaranteed bandwidth and better performance in data transfers where the time factor is critical. This is the case of the STARNET network, which carries out updates every five minutes.

According to Censipam, data from the SIPAMHidro system contributes to advances in research on the Earth’s hydrological cycle, where the Amazon is one of the most active regions. Also the data serves as basis for real-time applications in the areas of water resources, meteorology, aviation security and in the energy sector. Also, river navigation benefits from the SIPAMHidro system, a valuable help in this region, where rivers are the most important transport routes.

For Censipam’s Science and Technology analyst Márcio Lopes, this information makes it possible to forecast severe weather and issue alerts that can save lives:

“In the Amazon, public agencies such as state and city Civil Defence can access real-time information on floods, droughts and severe storms, followed by flooding and inundation, to minimize the impacts of natural disasters on inhabited areas”.