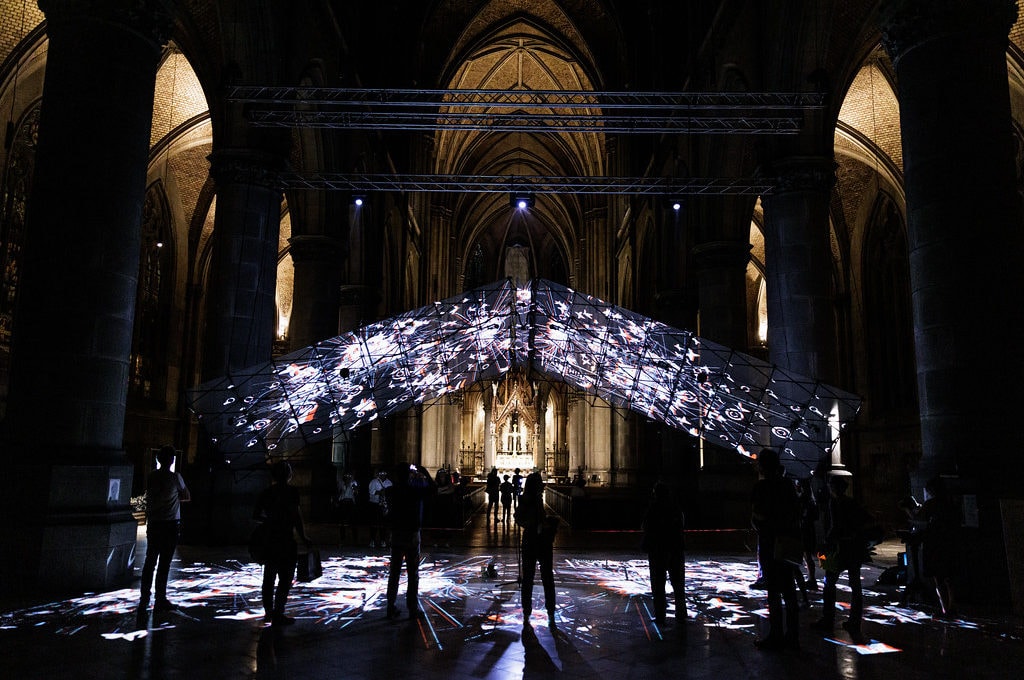 Searching for answers to the contradictions of our time

From September 7 to 11, 2022, after two years online due to the pandemic, Linz once again drew a crowd for the Ars Electronica Festival of Art, Technology and Society where participants from science, business, the creative and art scenes from the local region and around the world contributed their perspectives.

The theme for 2022 was “Welcome to Planet B! A different life is possible, but how?”.

“Neither naive escapism into virtual worlds, nor the technological ultra-topia of space colonization will save us from facing the big, uncomfortable questions. How will our life on this planet have to look to prevent ecological super disaster? What actions must we take and what consequences must we accept? How much persuasion, how much effort, how much pressure, how much coercion will be necessary, and what “collateral damage” will be involved?,  said Gerfried Stocker, Co-CEO of Ars Electronica said in his introduction in the festival brochure .

“The United Nations has declared the current decade the “Decade of Restoration” of our ecosystems. How can we make such a fundamental and far-reaching change? After all, it is not enough to reduce CO₂ emissions. We now have robust data on what our world will look like if we don’t make the change, from New York being flooded by rising sea levels to Central Europe being a new Sahara. But what will our world look like if we do make the change? What technologies will we still have to develop for it, and what economic, social and democratic changes will accompany them?,” he continued.

“Planet B is not the second chance for another place where we can continue as before, it is the cipher for the indispensable, new and in many forms completely different life and action on this only planet that exists for us. It is the chance for coexistence with the unique ecosystems of this planet, a chance for a new and fair coexistence of humans on this planet,” he said.

The festival was a true global collaboration, with 953 people from 76 countries participating in around 500 events, talks and presentations across 11 locations in the Linz metropolitan area over 5 days. Many were live streamed and a virtual art gallery added an exciting digital dimension to the festival experience.

Events at some of the physical locations, such as the main festival campus at Johannes Kepler University Linz and the University of Arts Linz, were supported by connectivity to the powerful network infrastructure provided by ACOnet, the Austrian national research and education network.

“Anyone who came to this year’s Ars Electronica Festival and heard 24-year-old Neirok Leem from the Marshall Islands knows two things: first, that we haven’t the foggiest idea of what the climate crisis is going to mean for us. And secondly, that the changes we are to make will have to be at a fundamental level,” said Stocker. “But those who visited the festival also experienced that this truth is reasonable and doesn’t cause people to fall into panic or resignation. On the contrary — all over the world, artists, researchers, activists and students have long been doing everything they can to initiate the necessary change. The determination and creativity with which they are doing so is encouraging,” continued Stocker, looking back on the five days.

Highlights of the festival included the “Sh4d0W” performance offered several times a day, the Futurelab Night, the Deep Space presentations by the curators of the Louvre in Paris and the director of the Vatican Museums, and the two concerts by Laurie Anderson (US), who performed her “Songs for Amelia” with Dennis Russell Davies (US), the Brno Philharmonic (CZ) and Rubin Kodheli (US). The Museum of the Future counted more than 8,000 visits in five days.