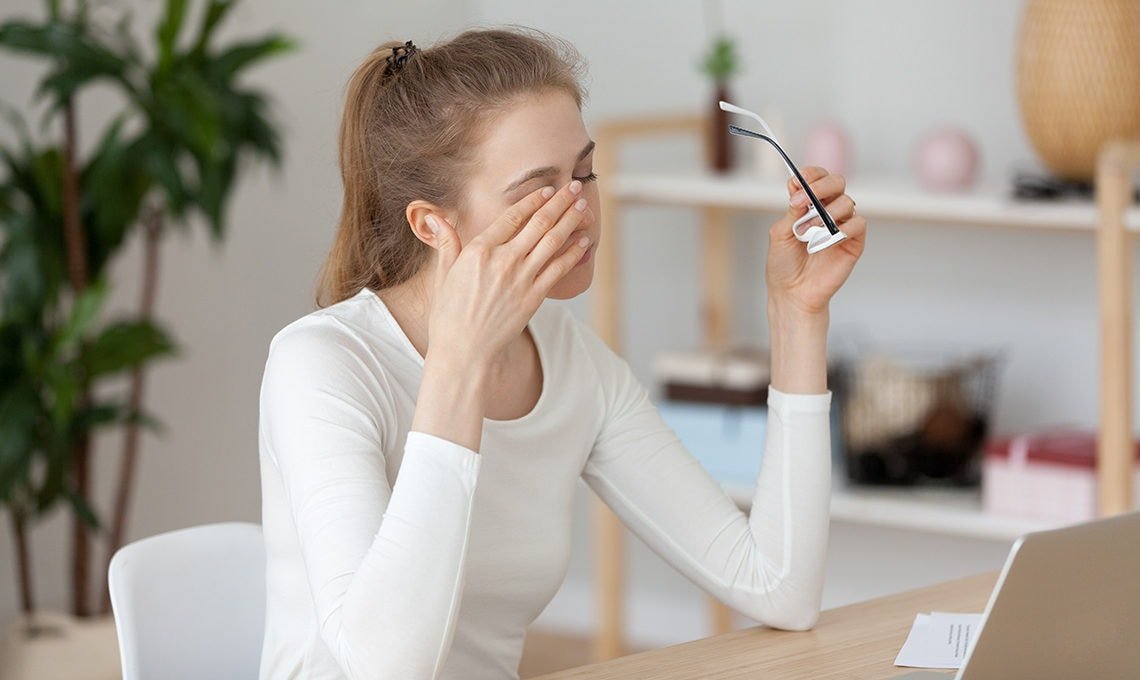 Relief ahead for dry irritated eyes with help from supercomputing

Gazing into computer screens for hours in dry air-conditioned rooms is a likely contributing factor to millions of people suffering from dry eye syndrome (DES). Now, Finnish researchers are exploring how treatment in the form of eye drops should be designed to provide maximum relief.

Through use of supercomputing, the researchers have mapped significant differences between the eye conditions present during frequent blinking – which happens for instance during prolonged interaction with a computer screen – and the conditions without blinking. The team discovered that through blinking, certain compounds in the tear film form multilayered crystal-like structures that act as an evaporation resistant barrier.

However, this mechanism is not equally well-functioning in all people, which is why some develop DES while others are able to cope with the same conditions. Further, people suffering from DES could benefit from treatment with eye drops that contain the compounds in question, mainly cholersteryl esters and wax esters.

“In a practical sense, this could lead to eye drops for DES that contain wax esters, which they don’t at the moment. This would mean that the drops would last longer and wouldn’t need to be applied every hour,” says Professor Ilpo Vattulainen, head of the team at University of Helsinki.

DES is one of the most common diseases of the eye estimated to affect more than 400 million people around the world. The condition is caused by excessive evaporation of tear fluid from the surface of the eyes, leaving them dry and scratchy and often causing blurred vision.

It is known that DES is linked to impaired function of the tear film lipid layer (TFLL) that covers the watery film over the eyes. The TFLL keeps the eyes moist by providing resistance to evaporation.

Previous simulation work by the group had shown how wax esters – lipid molecules that are present at the surface of the eye in large amounts – are able to extensively slow down water evaporation. However, these simulations look at the TFLL in a state of equilibrium which is not a realistic representation of what occurs in the eye, as Professor Vattulainen explains:

“When looking at a computer display, you blink your eyes every 5-10 seconds. Each time this happens, the lipid layers on the surface of your eyes are compressed and then gradually expand afterwards. The question we wanted to answer is how this process of compression and expansion, which creates a constant state of non-equilibrium, affects the reorganization of the lipid layers, and how this in turn is linked to water evaporation.”

The team simulated this non-equilibrium process thoroughly, performing many repeats under various conditions.

“We looked at how evaporation changed in systems with wax esters compared to those without and did the same for other similar lipids such as cholesteryl esters. Lipid by lipid, we checked the importance of these for the stability of the lipid layers at the surface of the eye, checking their importance in retarding water evaporation while trying to simulate the layers in as realistic conditions as possible.”

These atom-scale molecular dynamics simulations have provided the first-ever atomistic view into the non-equilibrium properties of the TFLL.

The project was awarded 67,000,000 core hours on the Joliot-Curie High-Performance Computing cluster in Rome, hosted by GENCI/CEA, France. The Finnish team obtained the project through an application to the Partnership for Advanced Computing in Europe (PRACE).

The TFLLs simulated ranged from 20-30 nanometers in thickness. In reality, TFLLs are closer to 100 nanometers. Simulations at this scale will however require much larger computing resources. Further, the simulations did not take proteins present in real TFLLs into account.

“A number of surfactant proteins that are known to exist in the lung, including those that enable oxygen permeation into the blood, are also found in the TFLL. So far, no experimental work or simulations have managed to explain the presence of these proteins in the eye,” says Ilpo Vattulainen.

Vattulainen and his team are confident that progress in understanding of DES will continue thanks to LUMI a new Peta scale machine under construction in Kajaani, Finland, to be operated by national research and education network CSC. Finland will own 25 % of the computing capacity of LUMI.

The text is inspired by the article “How blinking affects the tear film lipid layer in the eye” at the PRACE (Partnership for Advanced Computing in Europe) website.