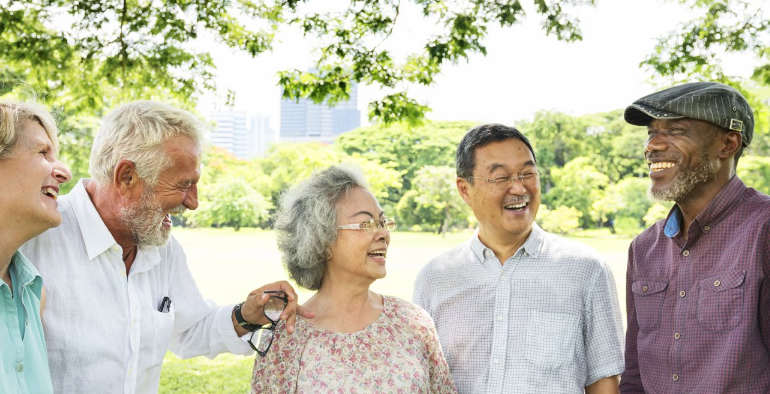 Canada’s population — like that of many countries around the world — is aging. According to Statistics Canada, there are now more Canadians over the age of 65 than under 15. While there is public awareness of this shift, policy makers and governments have insufficient data to inform evidence-based policy and programs aimed at responding to the needs of this demographic. New understanding that comes from evidence-based research is required to answer pressing questions about adult development and aging.

In 2001, researchers at McMaster University, Dalhousie University and McGill University, along with many other researchers across the country, began the difficult task of creating a national platform to advance aging research in Canada. They knew from the start that a study of this kind would generate a massive amount of data, that researchers in Canada and perhaps around the world would want access to this data, and that participants’ identities would need to remain private. Connecting their data repository at McMaster in Hamilton, Ontario, through ORION, Ontario’s partner in Canada’s National Research and Education Network (NREN), enabled researchers across the country to securely share and collaborate on these large datasets, which would not have been possible over open, commercial networks.

The Canadian Longitudinal Study on Aging (CLSA) is a national research collaboration of more than 160 researchers from 26 universities across the country. It is the largest and most comprehensive study on aging of its kind. It was developed with three key objectives: to examine aging as a dynamic process, to capture the transitions, trajectories, and profiles of this process, and to investigate the inter-relationship of biological, social, clinical, psychological, and environmental factors. The CLSA study follows 50,000 Canadian women and men who were between the ages of 45-85 at recruitment, collecting data every three years over a period of 20 years, or until a subject dies.

Researchers collect two different data types. To gain access to people in small cities or rural locations, they collect data via 90-minute phone questionnaires with 20,000 respondents. The remaining sample of 30,000 involves in-person interviews and in-depth physical assessments at CLSA’s 11 data collection sites across Canada, which includes the collection of blood and urine samples. Researchers capture the raw study data and send it via the NREN to the CLSA National Coordinating Centre (NCC) at McMaster University for long-term storage.

Once the raw data arrives at the NCC, it is stripped of anything that could identify participants and then sent to the Statistical Analysis Centre (SAC) at McGill University where it’s verified for accuracy and prepared for analysis and distribution to approved researchers.

With over 400 GB of imaging, alphanumeric, and biological data transferred back and forth from the 11 data collection sites to the NCC and the SAC every month, the platform requires a powerful and secure network.

When researchers were designing the CLSA, privacy and confidentiality were critical requirements. Participants’ personal data had to remain secure; in fact, ethics review boards required it. Canada’s secure, ultra-high-speed NREN provides the digital infrastructure crucial for this research.

The NREN connects over 750 Canadian universities, colleges, research hospitals, and labs through its ultra high-speed network, allowing for quick, cost-effective, and secure data collection, storage, and sharing. The CLSA accesses the NREN through ORION, the NREN’s Ontario partner. More than two million people in the research, education, and innovation sectors rely on ORION to share and communicate with each other and to connect to a global grid of similar networks across Canada and around the world.

While privacy and confidentiality are critical, streamlined access to the data is equally integral to the CLSA’s success – it’s important to collect the data but vital to use it. The NREN makes remote access a reality for researchers across Canada and around the world who can apply to access and analyze the growing collection of data.

A more accurate picture of the aging process

Since the first dataset was released in 2016, more than 150 research teams have used the CLSA data. These teams have published or submitted almost 50 papers to date, giving us early insights into the various factors that impact long-term health, including genetics, social isolation, and lifestyle choices among many others.

The study is yielding valuable results. Two years into the study, researchers found that the CLSA had one of the largest cohorts of veterans in Canada. The CLSA is now working with Veterans Affairs Canada in what could be the first long-term study of veterans’ health and post-traumatic stress disorder which affects over 20,000 Canadian veterans in receipt of disability benefits.

Join the conversation
Related articles
Cyber Security
Harder times for fraudulent online shops
Health & Medicine
Digital assistance for Brazil’s COVID vaccinations
Genomics
Computing for a sustainable world
Genomics
Large genome project tackles pandemic
Community Engagement
The Human Brain Project: navigating brain networks
This website uses cookies to improve your experience navigating our site. By continuing to browse, you are agreeing to our use of cookies. To learn more about how we use cookies, please view our Privacy policy.
OK, I Understand