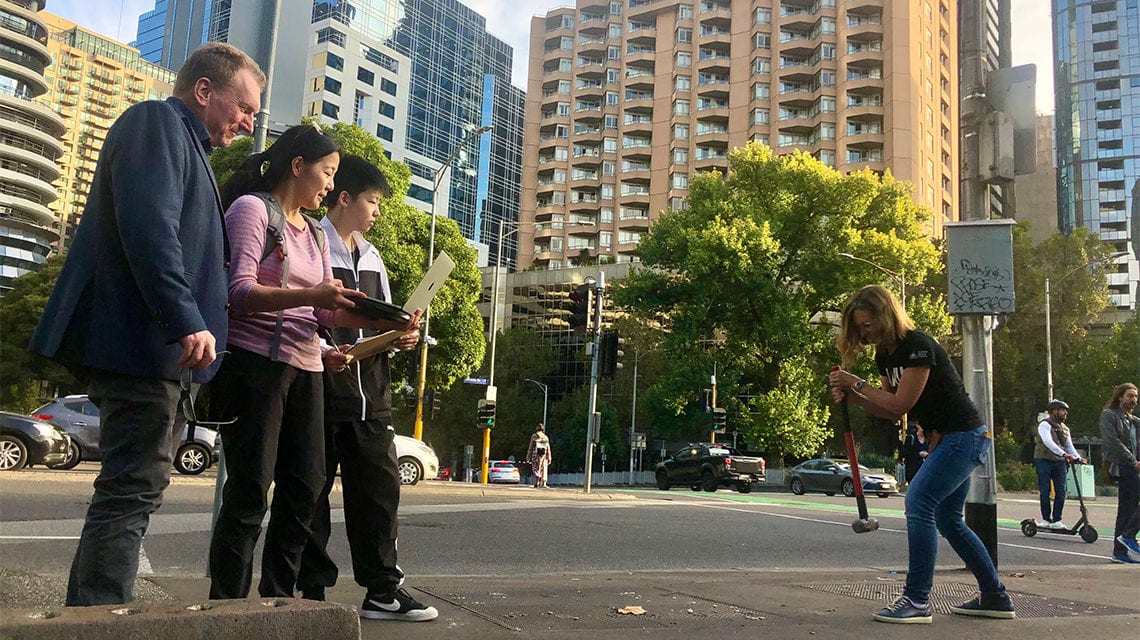 Seismometers – the scientific instruments that measure ground motion – are vital to understanding earthquakes in Australia. Seismometers record data to determine the location and severity of each tremor, which help scientists make maps of the Earth’s subsurface. These data and maps can then be further used to make informed decisions about how our natural resources like water and critical metals are changing over time.

Across Australia there are more than 100 permanent seismometers, sometimes placed between tens and hundreds of kilometres apart in cities, and even up to thousands of kilometres apart in rural areas. This is bulky and expensive equipment and requires experts to install, making it a challenge to deploy them more widely in deeply populated areas. With the equipment so sparsely located, it is very difficult for scientists to pinpoint the exact location of an earthquake.

Seeking cost-effective alternatives to installing new equipment, Australian National University seismologists Meghan Miller and Voon Hui Lai teamed up with data communication specialists Arnan Mitchell, Andreas Boes and Sim Tan from RMIT and the University of Adelaide to test optical fibre as a seismometer. A huge network of optical fibre runs underground across Australia, delivering the internet on light pulses. Optical fibre is very sensitive to vibration, making it an option for recording the Earth’s tremors.

A testbed for photonics research

The scientists are using a laboratory that spans Melbourne’s metropolitan area – called the Australian Lightwave Infrastructure Research Testbed (ALIRT). The testbed consists of a continuous 76.6km ring of optical fibre provided by AARNet, the high-speed network infrastructure that delivers internet and other network services to the research and education sector.

The earthquake experiment so far

With a Google map of where the optical fibre testbed lay, the researchers walked the footpath above the cables, then used a sledgehammer to create a vibration into the subsurface. By detecting the vibrations on the optical fibre and distinguishing them from the sledgehammer from nearby cars and trams, the team could accurately map the position of the fibre at depth.

With direct, real-time access to the optical fibre testbed from the Integrated Photonics and Applications Centre laboratory at RMIT University in the Melbourne CBD, the team isolated the hits of the sledgehammer, the noise of tram and car vibrations on the road, local earthquakes and distant ones.

These preliminary results suggest that the team will be able to use the various vibrations on the fibre to create maps of what lies beneath Melbourne – from the paleochannel of the Yarra River to the depth of the Earth’s crust.

This story was first published on the RMIT website. View the original story.