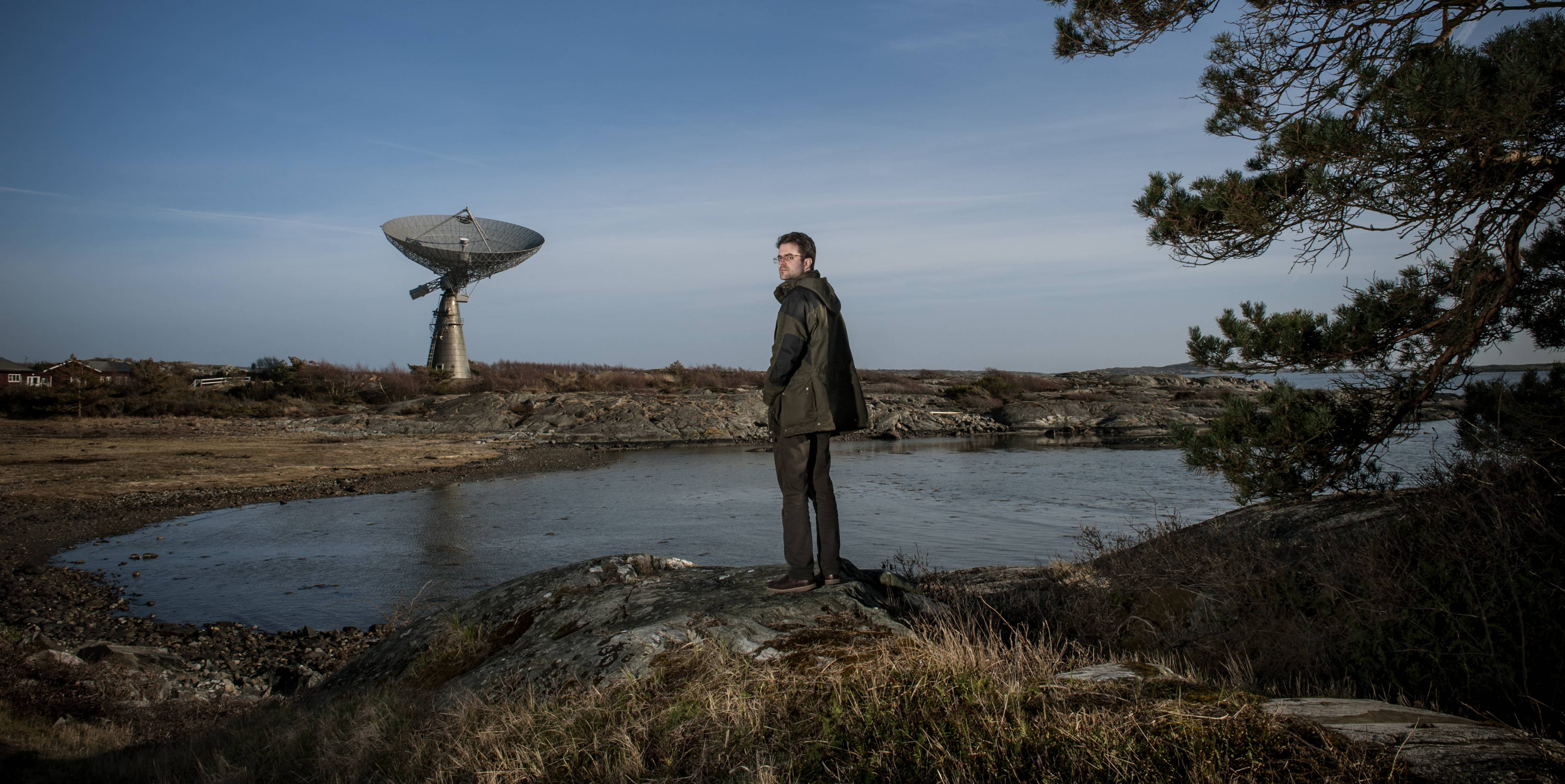 From Sweden to scientists around the world

As you read this, enormous amounts of data are traveling from Onsala Space Observatory, the Swedish National Facility for Radio Astronomy, through Swedish and Nordic research networks to scientists around the globe.

Onsala is part of an international network of antennas and telescopes, dedicated to finding new knowledge about both the universe and the Earth.

Along with other similar facilities around the world Onsala plays an important role in astrophysics, studying for example the birth and death of stars and the early history of the universe. Furthermore the facility is used for space geodesy, measuring the Earth’s rotation, movements in Earth’s crust and sea level.

Eskil Varenius from the Department of Earth and Space Sciences at Chalmers University of Technology, Gothenburg, explains:

“However, we all have a constant need for technical improvement, primarily in regard to processing data. Space and earth science are drivers of technical development, and with better instruments and more computing power we hope to realise many more ideas in the future.”

The Onsala facility contains a 20m and a 25m radio telescope, together with a LOFAR station, consisting of 192 simple antennas for frequencies below 250 MHz, distributed over an area about 100 m x 200 m.

“Telescope arrays like LOFAR produce enormous amounts of data. We don’t yet have the capacity to store and process all information coming from the telescope, but technology is moving forward. When huge telescopes are built today, you not only plan for what is possible today, but also how the telescope could be used in the future.

“LOFAR is a good example of this. Today we can create record sharp images of space in very low frequencies. This is extremely exciting and it gives us completely new knowledge about stars and galaxies. But LOFAR is still evolving, and in the future we will be able to create even better images,” he says.

Located on the remote Onsala peninsula 45 km south of Gothenburg in southern Sweden, the observatory is connected to multiple international networks. The LOFAR station is part of an international array of antennas for studies of, e.g. the early history of the Universe, and it is one of 50 LOFAR stations already build or under construction in Europe.

As well as producing sharper images of celestial objects, VLBI can be used to study Earth, measuring distances between continents and determining the Earth’s rotation.

In both radio astronomy and Earth sciences telescopes in different locations around the world are often used simultaneously. This means, that international collaboration between scientists is essential, and often these telescopes are remotely controlled from one specific location.

In Onsala the data collected is partly processed onsite and then distributed through Swedish and Nordic research networks to the team of scientists conducting the actual observation.