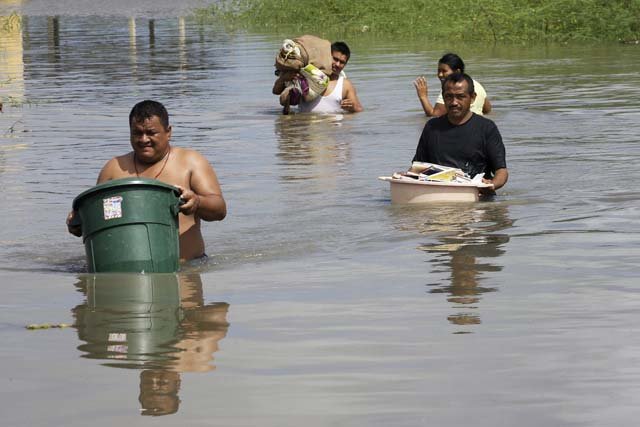 Monitoring and forecasting extreme environmental events to save lives

On October 26th 2011, the Latin American Observatory of Extraordinary Events (OLE2), announced that anomalous rainfall events for November and December of the same year were to be expected. The conditions observed indicated an anomaly, a persisting dipole in the sea’s surface temperature between Equatorial Pacific (La Niña) and the Tropical Atlantic. This was the same configuration that appeared with extreme rainfall in 1999 (Venezuela) and 2010 (Colombia, Panama and Venezuela).

To receive reliable information on extraordinary events from a scientific perspective is important for the agencies in charge of civil protection, in order to make appropriate decisions, avoid tragedies

This is an example of how the information gathered and disseminated by the Observatory, a collaboration involving a number of institutions, helps Latin American nations with risk management for extreme environmental events.  An “extraordinary event” is any phenomenon which is outside the normal range, since the “ordinary” is the “normal” behaviour of the variables studied by the experts at OLE2. Thus, the Latin American Observatory of Extraordinary Events deals with any event – climatic, meteorological, hydrological, ecological and seismic – outside of the normal range, and also studies the “normal” events.

The Observatory makes intensive use of the infrastructure provided by RedCLARA for the collection and correlation of data and to communicate instrumental observations, climate simulation models, as well as discuss strategies, methodologies and products.

“If you keep a permanent record of certain key variables, it is possible to offer some tools which enable the establishment of early alerts and policies which help safeguard lives, infrastructure and even the population’s psychological integrity. To receive reliable information on extraordinary events from a scientific perspective is important for the agencies in charge of civil protection, in order to make appropriate decisions, avoid tragedies and even, in certain cases, to take economic advantage of the opportunities available. The key to OLE2 is its continuous work, through which we learn about the behaviour of the weather and a risk culture can be promoted among the population”, states Ángel G. Muñoz S., Coordinator of the Geosciences Area at the Scientific Modelling Centre (CMC) at the University of Zulia, Venezuela, an active member of OLE2.

The work done by OLE2, by monitoring Latin American phenomena, is so relevant that institutions such as Venezuela’s Civil Protection make everyday use of its services, with early alerts making a big difference in life/death situations.

The collaborative network of institutions, which makes intensive use of RedCLARA’s infrastructure, is OLE2’s most valuable feature, enabling the interaction between available human resources and the transfer of knowledge, data, programmes, methodologies and strategies, in a systematic and homogeneous way across vast distances, from Mexico to Patagonia. The program also involves the training of specialised resources in different areas of work, through specialised training workshops, face-to-face or at distance via videoconferencing.