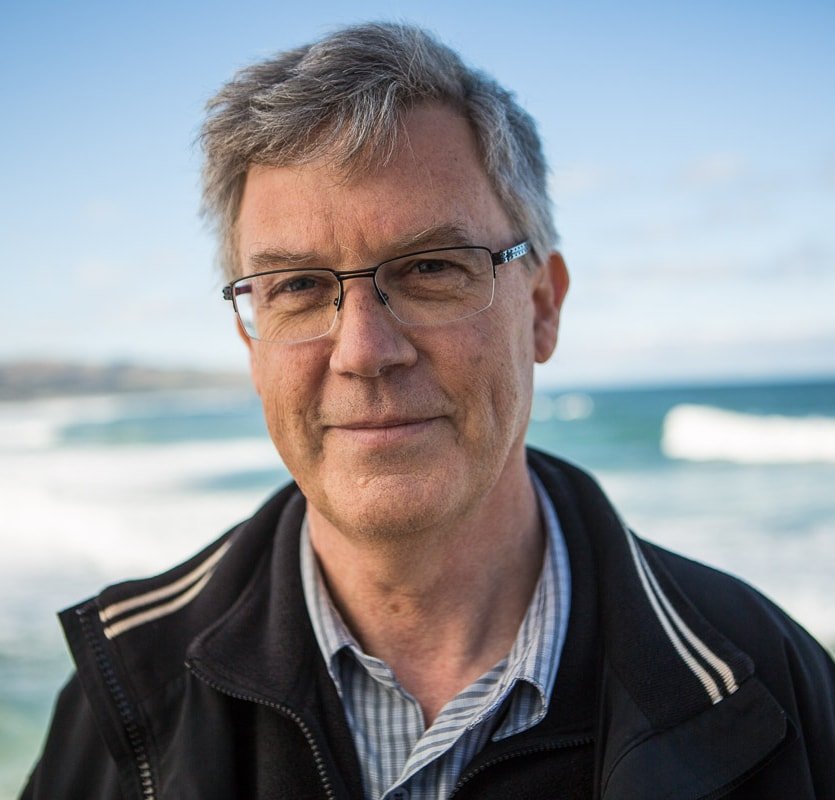 How much energy can we get from the ocean?

Ross Vennell is a man driven by a challenge. He is a physical oceanographer at the University of Otago, which means he works on understanding the physics of the ocean, from tidal energy to climate change.

“I’m a mathematician/physicist. I’m a mathematician who’s dyslexic who can’t add to save his life, but I come to work for one reason and that’s to create stuff. We need a proportion of people in society who are driven by creativity whether it be in the arts, the sciences or industry.”

Energy from the ocean

At the moment Ross is looking at how we could generate electricity from tidal currents, “a bit like having wind turbines under the water”. New Zealand is one of the best places on the planet to extract energy from the ocean, and Ross is trying to estimate how much power we could actually get from turbines.

We need scientists to be answering these questions, not only in New Zealand but globally. Ross sums up the problem:“We need energy sources which don’t come from carbon, and we need them very quickly.”

The potential for tidal energy is huge. “At the very upper limit the Cook Strait could probably power two New Zealands. In a practical sense we’d probably get 10% of that which would still power an Auckland or two, so the scale of it is really tremendous in terms of what we could get out”.

What the future holds

With all of this potential, many countries around the world have been investing in turbines, especially in the UK. But before we can invest we need to understand how much power we could get, Ross says.

“It’s like any new technology, the first one costs you a lot of money, and what I’m working on is: is it worthwhile going there?”

Figuring that out is hard, he says. “We only have one Earth and we can’t really replicate it a million times and run them in parallel to simulate what might happen.” Instead Ross and his students build virtual models to work out what the future could look like.

These virtual models will soon move to the NeSI supercomputer to run hundreds of different variations. Ross will use the REANNZ network to get to the supercomputers and then to move large amounts of data back from NeSI to the university to be analysed. A fast, reliable network is essential for his work.

“The quicker you can get the data, the more you can get out of it, the more analysis you can do and the bigger the scope of the project.” Ross describes looking at new data like opening Christmas presents: “it’s the excitement of, what am I going to find?”

The University of Otago are working with scientists all around the world on this project. Some of them are looking at the environmental impact of project. For instance, the impact it might have on marine animals and whether it’s going to disturb their moving around an area.

Others are focusing on the blades for the tidal turbines, such as making blades which can self bend to optimise their angle to get the best results.

Setting your dishwasher by the tides

It’s a complex project, but the potential keeps Ross engaged. “I grew up sailing and that’s what started me on the road to becoming an oceanographer, it gave me a deep seated sense of wanting to understand why the ocean moves. I can imagine a future where we are generating lots of power from the Cook Strait and you’d actually set your dishwasher by the tides rather than day or night.

“Depending on where the currents are flowing in the Cook Strait you get cheaper electricity. We could live our lives by the tides, which is kind of cool from an oceanographer’s point of view.”

Not only is tidal energy both complicated and “cool”, but there will be by-products from the models created by Ross and his team.

What’s next for Ross?

Maybe one of these by-products will lead Ross to his next project. “I suppose I think of myself as a serial obsessionist. I’ve only been working in tidal turbines since about 2010 and I may not be in two or three years’ time. The students and graduate students will keep pushing it forward but I’ll be trying to think about something else.”