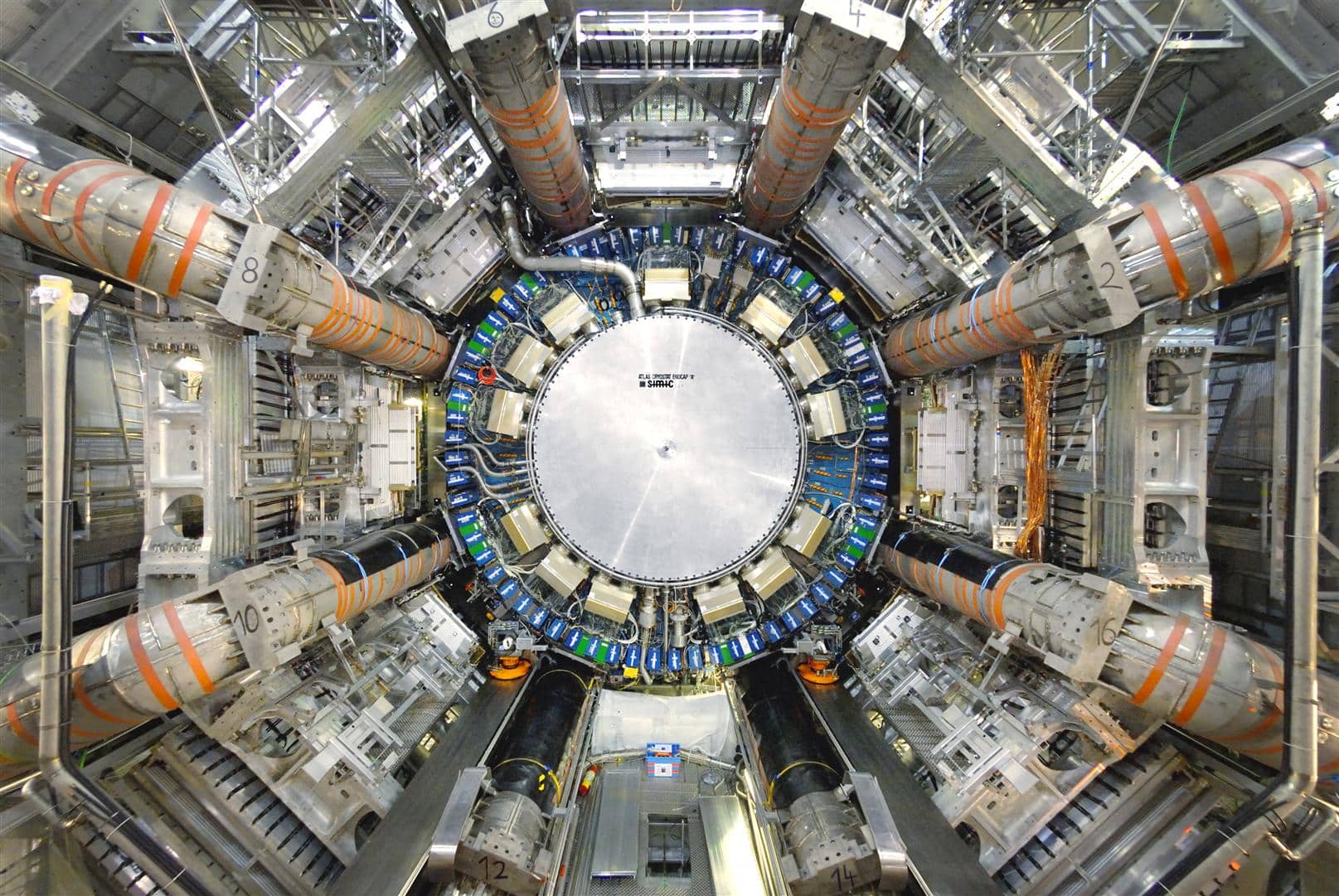 How secrets of the universe are discovered

What are the basic forces that have shaped our Universe since the beginning of time? How will they determine our fate?

These are the fundamental questions driving the ATLAS experiment at the Large Hadron Collider (LHC) at the CERN (European Organisation for Nuclear Research) laboratory in Geneva, Switzerland.

Physicists are recreating the conditions of the Universe just after the ‘Big Bang’. They are searching for new discoveries in the head-on collisions of protons of extraordinarily high energy and these discoveries will change our understanding of energy and matter.

Following the discovery of the Higgs boson, data from the ATLAS experiment allows in-depth investigation of the boson’s properties and the origin of mass.

Data processing for some 500 trillion collisions at the LHC requires fast and reliable research networks spanning the globe with processing facilities distributed over those networks.

The day never ends for the ATLAS experiment – it is a true global collaboration involving thousands of scientists from more than 177 universities and laboratories worldwide.

The Australian Research Council Centre of Excellence for Particle Physics (CoEPP) based at the University of Melbourne is Australia’s leading research centre in high-energy physics.

Through its work on the ATLAS experiment at the LHC in CERN, CoEPP researchers contributed to the Higgs boson discovery in 2012 and provided valuable, and essential, resources to the Worldwide LHC Computing Grid (WLCG).

The WLCG consists of 170 computing centres in 42 countries, linking up national and international grid infrastructures.

The mission of the WLCG project is to provide global computing resources to store, distribute and analyse the ~30 Petabytes (30 million Gigabytes) of data annually generated by the LHC. The CoEPP research computing team provides grid-connected storage and computing resources via its ATLAS Tier 2 grid site.

“It’s a very exciting time for physicists. The Higgs boson discovery is a milestone for the physics community, and for human understanding of the fundamental laws that govern the Universe.

As scientific discoveries go, this is up there with finding a way to split the atom. Australian research groups have been part of this for the best part of 25 years,” says CoEPP Director Prof Geoffrey Taylor.

The role of networking

“The site’s high availability and reliability has been achieved as a direct consequence of the stellar performance of the underpinning network connectivity between the Australian Academic Research Network (AARNet) and corresponding WLCG Tier 1 site at TRIUMF (Canada’s national laboratory for particle and nuclear physics) across AARNet’s trans-Pacific SXTransPORT link,”  says Prof. Taylor.

“Sustained transfer rates of High Energy Physics data sets greater than 7Gbps between North America and Australia are not uncommon.”

AARNet provided CoEPP connectivity to the WLCG during the famous first run of the LHC and now for its second run, where even greater demands are placed on the underlying computing infrastructure.

Dr Taylor says greater network bandwidths to Australia will be crucial in order for CoEPP to continue to provide meaningful contributions to the computational power needed for the physics analyses.

As CoEPP continues to achieve international recognition for Australia in the field of high-energy physics, its collaborative capacity and contribution to worldwide projects relies ever more on the capabilities of the networking infrastructure connecting Australian researchers and resources to the world.