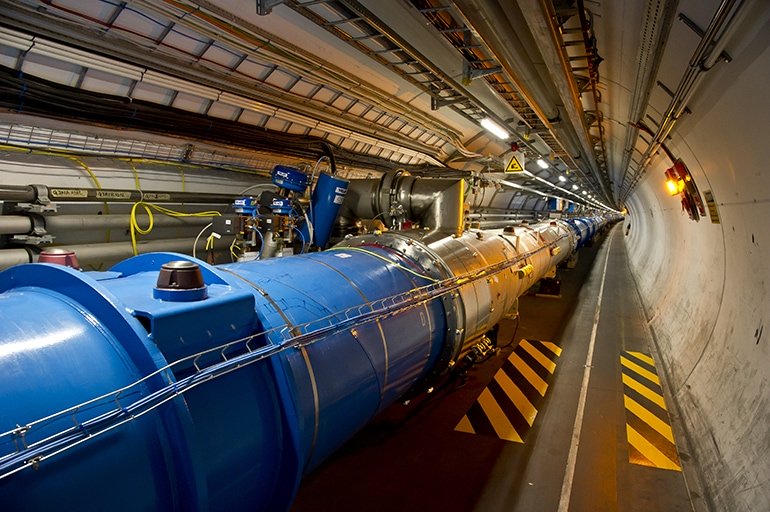 The Large Hadron Collider (LHC) is the largest particle accelerator in the world. LHC experiments generate such large quantities of data that they exceed the resources of CERN’s data center, so the processing of the data is distributed among 150 computer centers in 40 countries, which together form the largest computer grid in the world, the Worldwide LHC Computing Grid.

Contributing to the worldwide grid

Scientists in Brazil make a significant contribution, with the High Energy Experimental Physics Laboratory (Lafex), the Brazilian Center for Physics Research (CBPF), the Relativistic Heavy Ions Group (Griper) and the Physics Institute of the University of São Paulo (USP) all contributing to the worldwide computing grid that is part of the LHC Open Network Environment (LHCONE).

The CBPF collaborates with CERN for the LHCb (Large Hadron Collider beauty) project, which investigates the differences between matter as it is known and antimatter, by studying a kind of particle called B-quark.

These particles are flung after the collision in the accelerator and captured by a series of sub-detectors present in the LHC. The project relies on the collaboration from about 700 scientists from 66 different institutions and universities.

Studying a new state of matter

The computer grid with the greatest data processing capacity in Latin America is Griper’s, from the Physics Institute of the University of São Paulo, which receives up to 75% of the entire processing of the LHC in the region.

Recently incorporated into the LHCONE network, Griper takes part in the LHCb and Alice projects. In the latter, the collisions of heavy ions, such as lead, are measured to study a new state of matter, the so-called Quark-Gluon Plasma.

Made up of the most basic elements of the matter, it may explain complex physics issues, such as the origin of the universe.

In August 2015, Griper was also responsible for the upgrade of equipment of the LHC for the processing of data from Alice. The chip, named Sampa and developed in partnership with the polytechnic school of the University of São Paulo, will help record in images the exact moment of the collisions.

The path of particles

The third Brazilian computer grid connected to the LHC is that of the São Paulo Analysis and Research Center (Sprace), from the Universidade Estadual Paulista (Unesp).

Sprace contributes with the CMS (Compact Muon Solenoid) project, which is a detector that uses a large magnet to identify the path of the particles produced by the collisions in the accelerator.

This project was essential for the discovery of the Higgs Boson subatomic particle and the composition of the dark matter, which redirected the current studies in Astronomy.

Another computer grid that processes data from the CMS project is located in the High Energy Physics Laboratory (HEPGrid) of the Rio de Janeiro State University (Uerj). In December 2014, with support from RNP, the HEPGrid took part in event Supercomputing, where a world record in data transmission was broken.

The group achieved a transmission rate of approximately 1.4 terabits per second, sustained for a prolonged period. The maximum rate ever obtained in Supercomputing was 750 Gbps. The success was credited to the use of the Software Defined Networking (SDN) technology.

According to February 2014 data, the CMS is one of the largest international scientific experiments in history, due to the fact that it involves 4.3 thousand professionals, including particle physicists, engineers, technicians and students from 182 research institutions from 42 countries.