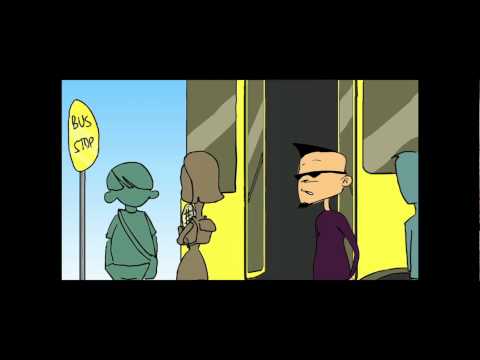 Since its launch in Europe in 2003, eduroam has gained popularity throughout the research and education community and is now available in 76 countries worldwide, the latest additions to the eduroam community being Mexico and Lebanon.

Furthermore, eduroam is expanding beyond campuses to public, commercial and city Wi-Fi initiatives, providing an ever-increasing mobile platform for its multi-million users.

Invented in the Netherlands eduroam has grown dramatically over the past 12 years and is on the verge of becoming a truly global connectivity tool.

But the success of eduroam can’t only be measured in its conquering new territories. eduroam is also expanding beyond campuses and into public places, such as airports and city Wi-Fi initiatives.

As an example, if you’re a Swedish eudroam user, you’ll experience trouble-free internet access not only in the 10 major local airports and hotel chains like Best Western, Clarion and Radisson, but also eating your meal at Burger King or taking a cup of coffee at Starbucks.

Sweden is surely on the leading edge in regard to eduroam penetration in public places.

But also Switzerland is up there, offering connectivity in a number of libraries, at the university hospital of Bern and at Geneva Airport. Particularly, eduroam at the airport is a valuable service for many researchers and students traveling to and from CERN.

Furthermore, Norway is offering eduroam at its nineteen biggest airports, in a number of hospitals and in public spaces in the towns of Trondheim and Kristiansand.

And RESTENA, the Luxembourg NREN, has established a partnership with a private vendor owning Wi-Fi infrastructure in downtown areas of the major cities, offering eduroam to a big percentage of the Luxembourg populace in densely populated areas.

On the other side of the globe, users in Australia are able to access eduroam in a number of hospitals and on buses in some cities.

The future of eduroam

Looking into the future, what is in the pipeline for eduroam?

eduroam will also continue to spread beyond the higher education community. As an example, both Norway and Sweden are hoping to reach agreements to provide eduroam to all the countries’ elementary schools.

In times, when mobility and convenience are key requirements to communication technology, eduroam seems unstoppable. And as in the beginning, eduroam will continue to be a technology driver in the industry, leading the way for commercial players.

The Brazilian NREN RNP is also looking into the future and adopted a Big Data software (Splunk) to process, in the national level, all authentication logs.

The intention is to predict the user behavior and help Brazilian eduroam service providers to improve their infrastructure and provide better service to their users. Besides knowing the number of impacted user to tailor a partnership with local commercial service providers.

As Stefan Winter of RESTENA, the Luxembourg NREN, Lead Engineer for eduroam research and development in Europe, explained on the occasion of ten years of eduroam in 2013:

“eduroam is now a significant player in the wireless access industry with our voice heard by manufacturers and specification writers alike. We have taken the technologies on which eduroam is based to their limits and beyond, and are constantly influencing industry and standardisation organisations to take the underlying technologies to the next level, improving ease-of-use ever further.

“Now, ten years after eduroam started using these technologies, industry at large is picking it up for their commercial systems as well – eduroam was a decade ahead of the commercial market.”

Led by the American University of Beirut (AUB), Lebanon is currently in the process of formally setting up an NREN (LERN). Value-added services like eduroam rank high in the benefit debate, as Yousif Asfour, CIO at AUB, explains:

“How do you go about convincing R&E institutions in Lebanon about the value of an NREN, especially when the infrastructure, tariffs and political climate are all but favorable?

“The answer is simple – change the NREN discussion from ‘how can we build a fast and cheap network‘ to ‘let’s focus on shared services to build a community and then use this community as leverage to build the high bandwidth’. The implementation of eduroam at AUB has delivered a key argument to secure a critical mass in support of LERN.”

This blog post is an edited and updated version of an article on eduroam in GÉANT Connect magazine.