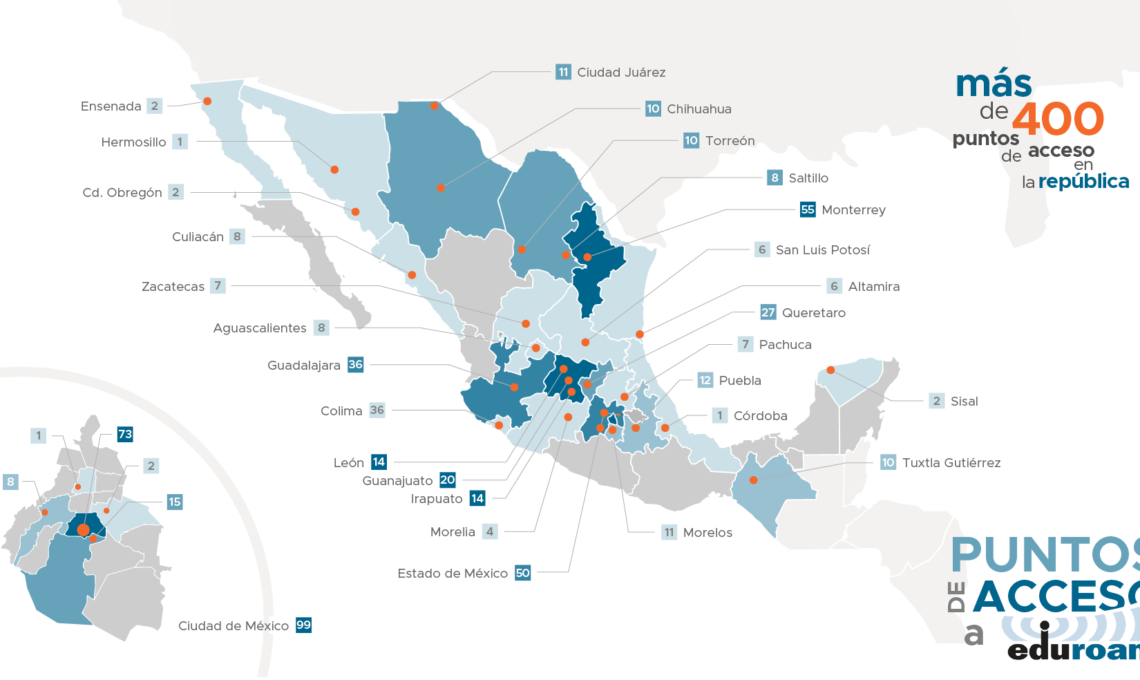 eduroam is spreading rapidly through Mexico

eduroam is the global secure mobility service developed for the academic and research community. The service allows students, researchers and staff of the participating institutions to have Internet in their own campus and when they visit other partner universities and institutions.

In Mexico, eduroam was promoted through the MAGIC Project, that implemented it for the first time in 2014, during the TICAL Conference, held in Cancún. Currently, eduroam is used by the national and foreign educational community, with a link capacity of 1Gbit and access points support to more than 1500 mobile devices. This is how Mexico integrates with the countries that provide the eduroam service – through its National Research and Education Network, RedCUDI.

The service has grown significantly in the last years. From two access points in 2014, it now has 444. The numbers consolidated Mexico as the third country in Latin America in number of localities with eduroam service. Since its implementation, the tool has been installed in six CUDI member institutions: National Autonomous University of Mexico (UNAM), Center for Research in Mathematics (CIMAT), Autonomous University of Guanajuato (UGTO), Technological Institute of Advanced Studies of Monterrey (ITESM), International Center for Maize and Wheat Improvement (CIMMYT) and the Veracruzana University (UV).

Each day, more than 2000 connections are registered at the national level and more than 500 from abroad.

The infrastructure of the eduroam service in CUDI has redundancy and thus maintains continuous support in case of failure. During 2019, efforts will continue in order to connect more institutions and train technical leaders to keep the service at the forefront.