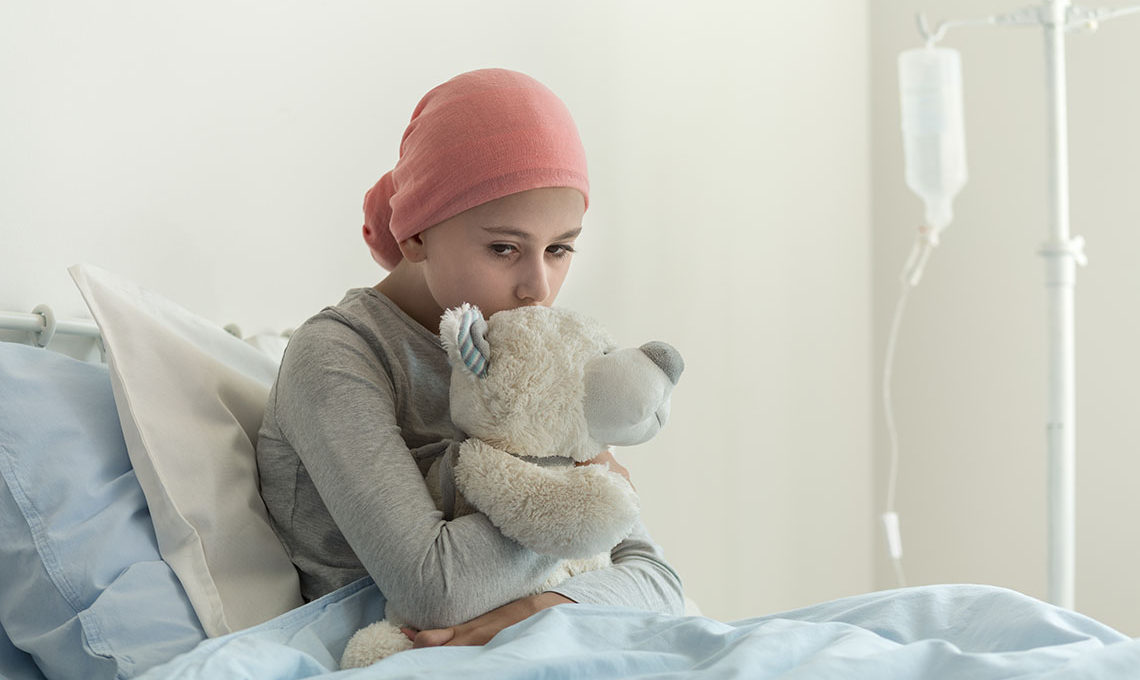 By crunching large data sets, researchers are able to identify a specific genetic cause in one of seven young cancer patients. This allows for prescribing more accurate doses of medicine, avoiding unnecessary side effects and improving quality of life. The researchers rely on high bandwidth R&E network connectivity for moving these large datasets between storage and compute facilities.

Personalized medicine has been discussed for decades. For children sick with cancer in Denmark, it has become a reality. Each year around 200 Danish children are diagnosed with cancer, and all families are offered complete genome mapping.

“As far as we know, this is the first time an entire group of patients in an entire country is offered a genome mapping,” says Professor Kjeld Schmiegelow, Chief Physician at the national hospital Rigshospitalet.

When young patients are helped, more quality-of-life is gained relative to old people, but that is actually not the only reason for selectively targeting children, explains Schmiegelow:

“When an old person is sick with cancer, it is generally difficult to pinpoint an exact genetic cause. Often a mix of genetic defects and environmental factors will be involved. For children we have a different situation. Quite often a specific genetic defect will be the dominant cause. Therefore, genome mapping is of greater value for children.”

Ultimately, lives will be saved

Participation is of course voluntary. 85 % of the families want to have the mapping done. Of the mapped children, a specific genetic cause has currently been found in one of seven children.

“As we gradually become more skilled, we will be able to identify the genetic cause in more cases. However, we will never be able to explain all cases. This is because genetics is not the only cause of childhood cancer. Sometimes environmental causes are dominant, or spontaneous changes happen in the body without a direct link to genetics,” says Kjeld Schmiegelow.

When a specific genetic cause is found, the chance of prescribing the best drug in the optimal dosage becomes much higher. In cancer treatment, drugs will typically not only affect the tumors but also healthy tissue and organs. Therefore, the value of avoiding unnecessarily large dosages is significant. Ultimately, lives will be saved.

In a recent case, a boy was diagnosed with a brain tumor which proved very difficult to treat.

“The genome sequencing revealed that he had an underlying genetic disease with an extremely rare variation in a key gene, which contributes to repairing the spontaneous genetic defects that are continuously produced in the body. Therefore, the tumor differed from those typically seen in children,” says Ulrik Stolze, PhD Student in the project.

“These observations prompted the use of immunotherapy. This is normally less relevant for children, but in this case the chance of success is high because the tumor is hyper-mutated and therefore is more readily detectable for the patient’s immune-defense,” explains Ulrik Stoltze.

Not just the children, but also their closest relatives are offered genome mapping. The value is not limited to the cases where a specific genetic cause is identified, Kjeld Schmiegelow emphasizes:

“In many cases will we be able to exclude a genetic cause. We can tell the family they do not have an above average risk of cancer. This knowledge may also assist the child later in life when deciding on parenthood, as passing on a genetic defect to the next generation will not be a concern.”

It should be noted that the genome mapping is not only about identifying genetic defects. Another main focus area is genes that influence the body’s response to the various relevant anti-cancer agents. Again, this knowledge will assist physicians in prescribing the optimal doses for the individual patients.

In total, the genomes of some 400 patients have been sequenced in the project, which is a collaboration between the Center for Genomic Medicine at Rigshospitalet and the Bioinformatics group at the Technical University of Denmark (DTU). The project also involves collaboration with the Medical University Innsbruck, Austria.

Genome mapping involves large data sets. The sequencing is done at the supercomputer Computerome which was established in 2014 by the Danish NREN DeiC together with DTU and the University of Copenhagen. Computerome is based in Roskilde, more than 30 km from Rigshospitalet. When the project was initiated in 2017, DeiC was able to set up a direct link with sufficient bandwidth for transmission of the large datasets. The connection does not involve transmission over the internet. This feature ads an additional layer of security, which is important as some of the data are personally identifiable information.